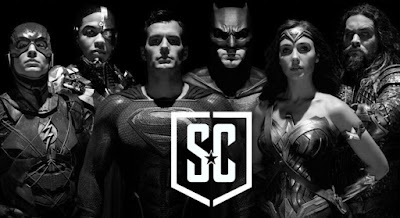 A FEW WORDS ABOUT THE LONG-AWAITED AND HIGHLY DIVISIVE DIRECTORS CUT OF ZACK SNYDER'S JUSTICE LEAGUE
Unless you've been living under a rock since 2017, you probably know that Zack Snyder left filming of Justice League before it was finished due to the death of his daughter.  He was replaced by Avengers helmsman Joss Whedon, who was charged not only with finishing the movie, but changing the tone and story to meet Hollywood marketability concerns.That is just about universally considered to have been a bad move.
Whedon's Justice League was a mess of a film that benefitted from Snyder's style, but also abandoned a lot of what Snyder is known for in favor of a safer narrative. So for the past few years, fanbros have clamored for the Snyder Cut.  This week, they finally got it on HBO Max.
The Snyder Cut of Justice League is head-and-shoulders better than the theatrical version.I wasn't as bothered by the theatrical version's attempts to lighten the tone as the most vocal critics of the film were, but it's clear watching Snyder's cut of the movie that it does help to have a more consistent tone.  Every character is darker and more brutal in Snyder's hands, with the possible exception of the Flash, who still feels like a cheerful geek of a rookie superhero.  Additional scenes with Flash do not improve the overall narrative, but did make the case for a Flash movie. 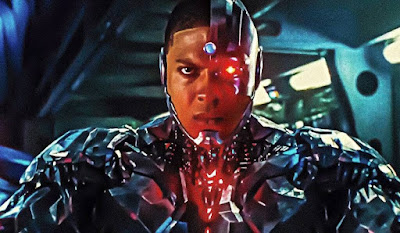 But the character who benefitted most from the Snyder Cut is Cyborg.Without really reading any of the articles, I see why Ray Fisher [the actor who payed Cyborg] has been complaining about Whedon so much over the years since Justice League's theatrical release. All the WB/DC execs owe him an apology (and a bag of money).  Snyder's vision made Cyborg a lynchpin of the team with a more important role in solidifying their victory.  It also digs deep into just how powerful Cyborg is, physically and in cyberspace. Almost all of which Whedon significantly reduced.And then there's the story's villain Steppenwolf. 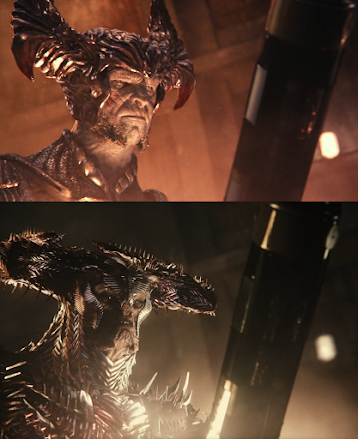 His battle scenes are longer and more violent.  The destruction and carnage when he appears on screen is much more than in the theatrical version.  But at the same time, his role is reduced, because we see more of his master Darkseid, and some other new gods of Apokolips.

Ultimately, Steppenwolf works better as an ultra-violent world-breaking monster than a wayward general, and the addition of more characters helps him stick to what he's good at. 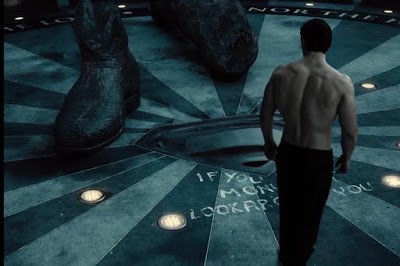 I'm not inclined to slobber all over the Snyder Cut, though.
Most of my problems with the theatrical version of Justice League are still there, and Snyder's cut added some new ones:
I think there should be more Snyderverse follow up films. But I would prefer new Batfleck, Cyborg, and Flash movies (and maaaaybe an Aquaman sequel) before bringing the Justice League back for a sequel..That said, I don't think Snyder has the right temperament to be the standard-bearer for the DC Universe as a whole.As I said in my review of BVS:DOJ, Snyder doesn't believe in Superman.

He compensates by accentuating that Superman is the most powerful hero (at the expense of the other heroes), but he doesn't understand what really makes him great.

It's Superman's integrity, not just his power, that inspires other heroes.  Snyder just doesn't get it.

Still, I would love Snyder to make more Batman movies, though. Make him the czar of the Batman Family franchise or something. His dark, cynical sensibility works well for Batman.  Ultimately, rebooting the DC movie universe probably won't work any better, because I don't think Hollywood has learned two biggest lessons that the MCU peeps have figured out:

Faith in the source material works.
While they are happy to tweak the details for cultural relevance, Marvel has stayed true to the spirit of their greatest stories with the MCU  movies, and they're generally eating the Distinguished Competition's lunch as a result.

Patience pays.Marvel invests time into the growth of the characters' stories as individuals, and as a group.  But DC is in such a rush, they have already hit so many of the high points of Superman's decades-long history.  With those opportunities wasted, the reboots are the rule that applies to this situation, not the exception. 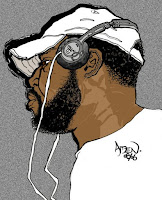 Samax Amen is a professional Content Creator and Developer, which is another way of saying he creates something from little to nothing for fun and profit. Click Here to hire him to make stuff for you. He also curates, celebrates, and critiques popular culture via GhettoManga Magazine, so you should buy it or something.
Posted by Samax